Back to School Giveaway

Welcome to the Back to School Giveaway hosted by the authors at Darkly Delicious YA. 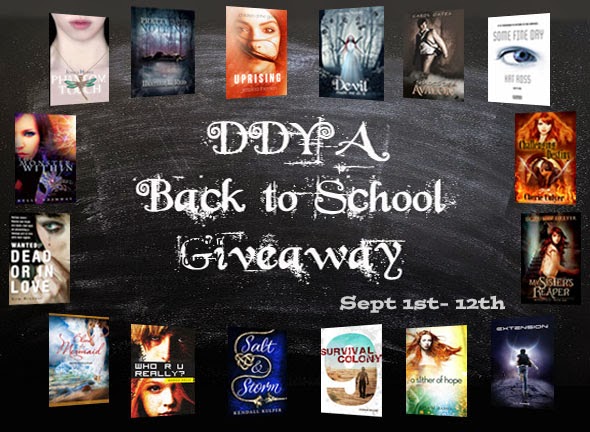 Add great YA titles to your to be read list on Goodreads and enter to win an Amazon or Barnes & Noble gift card so that you can purchase novels from your favorite authors.

a Rafflecopter giveaway
Posted by Darkly Delicious YA at 3:00 AM 1 comment:

A Darkly Delicious Detail about Shades of Atlantis by Carol Oates


Like many people in Ireland, I suffered through eleven years of Irish lessons and left school with hardly more than an ability to introduce myself as Gaeilge. Not a little bit shameful considering it’s the national language of the country, although it’s only spoken daily by a relatively small fraction of citizens.

All languages evolve. Irish has gone from Primitive Irish in Ogham inscriptions to Modern Irish in its many dialects. With the English occupation of Ireland, the use of Gaedhilge declined, mostly declined by mid-18th century. Speaking as Gaedhilge was discouraged to the point of prohibition in schools and it almost died out. Late 19th century saw a revival of the culture and language in reaction to Ireland becoming almost completely anglicised (English culture and language).

Irish was reintroduced to schools during political upheaval leading to independence. National examinations came into play in the 30’s. However, also during this time the written language went through a dramatic shift and in 1950’s, a new written standard was published to regulate the many dialects and new written form called An Caighdeán Oifigiúil, The Official Standard.

Shades of Atlantis is heavily influenced by Celtic legends. So, I suppose it’s not surprising that it inspired me to re-visit my first language. While I’m still not fluent, I can now pick out words and phrases in both verbal and written Irish. Enough to get the gist of a radio show at least. That’s a lot more than when I left school. It’s coming in handy as I write book three where there are references to both Irish Gaelic and Scottish Gaelic.


One of my most favorite productivity tips is so simple, it sounds like a joke:

Step 1. Figure out what it is you want to do every day (say: writing for an hour a day)

Step 2. Get yourself a big ole calendar, the kind that hangs on the wall, and a big, fat marker, preferably red.

Step 3. Every time you accomplish your goal for the day, put a big X in the calendar.

Jerry Seinfeld famously invented this method, and it works because it is so easy and so rewarding. It can be tailored for anything—exercising, cleaning your house, reading—but I love it for writing, and it’s my go-to technique for prodding myself along when I’m on deadline.

There is just something so satisfying about seeing all those Xs line up, fill up a week, a month, several pages of calendars. The rewards become cumulative, because each time you give yourself another X, it feels like you’re adding to a long chain of work you’ve already accomplished (which, hey—you are!). And focusing on the mantra “don’t break the chain” takes some of the stress off the goal. You’re not sitting down at the computer thinking “Oh man, I really should be doing this…” You’re thinking “Look at all those Xs! This can’t be the day I leave a spot blank!”

For me, I gave myself different challenges. I printed out a blank calendar and hung it on the wall. Every time I wrote a thousand words in a day, I drew a little picture for that day. If I wrote two thousand words, I got to color the picture in. If I wrote three thousand words? GLITTER!! It was stupid, but it was effective, and there were many days that I’d otherwise have looked at the clock and called it quits if not for the little voice inside of me saying “I WANT TO COLOR IN THE PICTURE!”

I’ve seen other people get themselves books of stickers or cutesy stamps, and those work great, too. The most important part? Find a goal, get a calendar, don’t break the chain.

With us today on Monday Meet and Greet is literary agent and co-founder of The Booker Albert Literary Agency, Jordy Albert .  She was gracious enough to answer some questions for us on writing and the type of books that hook her.

My followers would like to get to know you better for stalking purposes. Tell us a little about yourself and what made you want to be an agent.


I’ve always loved to read, and I was interested in the publishing industry from an early age.

What advice would you give aspiring authors?


Keep writing! It might not happen with your first dozen projects, but I think practice does make perfect and eventually it will happen. Also, READ. A LOT. Especially in the genre you write. Join writing groups, get a Beta reader/critique partner (group), enter pitch contests, and attend conferences.

What elements are MUST HAVES in a story you’d ask to see more of?


Characters that draw me in right away.

Besides basic grammatical errors and writers sending stories in genres you don’t represent, what are most common problems with the submissions you receive?


I am such a sucker for historical romance (especially Regency). I’d also like to see more realistic MG/YA…Oh! And contemporary, and sci-fi YA.

Okay, now for some fun questions to get to know you.

Last book that made you cry – The Fault in Our Stars.

Guilty pleasure – French fries and chocolate shake, and binge watching Doctor Who/Sherlock when I have time.

Book you feel everyone must read that’s not from one of your clients? To Kill A Mockingbird.


Thanks, Jordy, for being with us today.

-- Cherie Colyer, author of  the Embrace Series and Challenging Destiny


The Reaper’s Rite series is a young adult paranormal series with a horror bent. Knowing this, you’d probably guess that I’m one of those full-on horror movie fangirls who gets a kick out of jump scares and screaming teenagers being chased by guys in hockey masks. Well, the truth is this: I hate horror movies!

Okay, hate is a pretty strong word. I don’t hate them. And I do admit that watching a few scary movies with my hubby (who loves the horror genre), I have been enlightened with a few ideas for both stories and characters. And to tell you the truth, watching scary movies has helped me out with my writing, especially when I’ve needed to convey a really spooky tone.

That said, there are some movies that will always frighten me, even though I’ve seen them more than once. To the point I sit huddled up under a blanket, peeking through my fingers and whimpering like a toddler. Like The Exorcists. Probably the first scary movie I ever saw and the one I’m most frightened of. I mean, talk about creepy! *shudders* 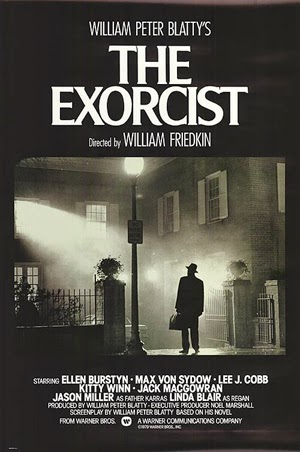 Are you a horror movie fan? What’s your favorite one? And if you’re not a fan, what is the one movie that will forever give you nightmares?
Posted by Darkly Delicious YA at 3:00 AM 2 comments: 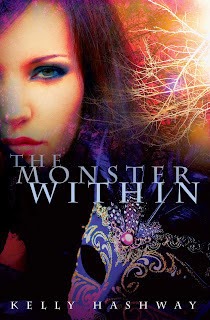 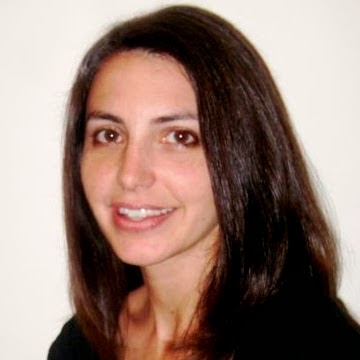