What's So Controversial about WANTED: DEAD OR IN LOVE?

When someone says the word “controversial,” my ears perk up. I rub my hands together and lean in so I don’t miss a word. I’ve never been a strict “rules follower” kind of person, which has gotten me into a fair bit of trouble over the years, so let’s just say I enjoy hearing stories about others like me.

Even as an adult, I despise rules that don’t make sense––rules that someone deemed necessary but aren’t really. For example, recently I was in a public bathroom and I saw the note, “Only one towel per person” taped to the hand towel dispenser. I was like, “Seriously? You’re going to dictate that?” So of course I took two. All right, three. But I wanted to take like 50, to show that unknown rule maker that she can’t boss me around. (Hopefully I’ll mature one day soon…)


So when you ask what’s controversial about my novel, “Wanted:  Dead or In Love,” my immediate answer is EVERYTHING. Starting with the main character, Monroe. She swears a lot, has been arrested three times in the past year, she makes snap decisions, and worst of all, she inadvertently starts falling for a guy who would make any parent scream, “He’s no good for you!” But my response is, “Hey, busybody. Monroe represents real girls who are confused about who to love and who make decisions without consulting their parents first.” And who’s to say Monroe’s decisions are wrong­­? They’re just different than ones her parents would make. (Okay, some decisions of hers might be wrong, but she’s under a lot of pressure.)

I expect there will be some (maybe even a lot) of readers who will get all “Barney Fife” over my book, bustling about in overblown indignation. After all, Bonnie Parker and Clyde Barrow––downright nasty criminals from the 1930’s who were in love––come back to life, and they’re not necessarily typecast as “the bad guys.” No doubt about it, Bonnie and Clyde did a lot of horrific things in their day and were eventually gunned down for it by a posse of tough crime fighters called The Texas Rangers.

I’m not making excuses for Bonnie and Clyde––they deserved to have been stopped. I think what I tried to show is that most of us––Bonnie and Clyde included––are not solidly “all good” or “all bad.” Many of us make decisions that seem like a good idea at the time that later turn out to be not-so-great. Monroe has always lived by the motto, “You Only Live Once,” but when she faces the counterpart to that, “Don’t do the crime if you can’t do the time,” she starts to reconsider. If she could do it all over again, she might say, “Yes, you are in charge of your own destiny. Just make sure it’s the destiny you really want.”

That’s the thing with Monroe––sometimes she’s in too far to heed her own advice.

Tell me about your book, or a book you've read - what were you most worried about? 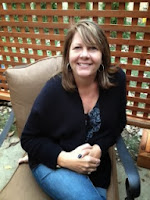 Email ThisBlogThis!Share to TwitterShare to FacebookShare to Pinterest
Labels: Kym Brunner, Wanted: Dead or In Love