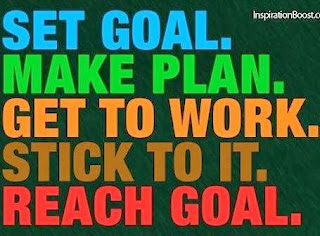 I was in a dark but determined place when I sold my first book. But let me back track a little bit before I elaborate on what I mean. A couple of years before I sold Taste, my debut novel, to Crescent Moon Press, I’d been working as an Essay Consultant. Basically, I checked essays for students before they submitted it to their teachers. Anyway, that job paid well, but I never felt fulfilled. Something was still missing in my life.

During this time, I started getting back into my writing. I quickly realized I couldn’t juggle work and writing. My brain would be mentally exhausted for me to sit down and think about chapters and plots. This was when I made the scary decision of quitting my day job to concentrate on my writing. And what’s the number one rule about being a writer? Don’t quit your day job. But I was never one to follow many rules anyway.

As a starving artist, I had lofty ideas about what being a writer would mean. Write the book. Edit the book. Submit. Get an agent. Get published. I’d reached the agent part and I thought to myself, just one more step. One more then I would finally become a published author. How naïve I was back then.

Long and painful story short, I became one of the horror stories you’d read about when it doesn’t work out with an agent. It hurt, like most break ups do. I gave myself a brief mourning period, reassessed my situation, and got back up. I went back to the editing board. By that time, I had three novels under my belt that I could alternately submit to agents. At the same time, I thought about submitting to smaller presses. I considered every possibility when it came to kick-starting my writing career. I even toyed with the idea of self-publishing.

Now we’ve reached the dark yet determined part of my story. Dark because it had been almost three years since I said I would concentrate on my writing. Being a starving artist only gets you so far. A cold sweat came over me at the thought of having to find a job again. I did not want to, but I knew I had to if my plans didn’t pan out. Very dark place to be because just when you thought you were on your way to living your dream the light at the end of the tunnel seems farther than you first thought it to be.

Determined because I gave myself a deadline and I challenged the universe. This was the latter half of 2011. I was under multiple submissions at the time and waiting on word. If by the end of the year I didn’t get a contract or at least another agent, I would self-publish. I said this with so much conviction that the universe listened. By October of 2011, I sold Taste to Crescent Moon Press. Soon after that I signed Til Death to Entangled and Reaping Me Softly to Omnific Publishing. It’s been crazy good ever since, and only getting better.

I think the ultimate lesson here is never give up. If you really love what you are doing, if you can’t see yourself as anything other than a writer, then you have to keep at it. Don’t just rely on one book. Once you finish one, get started on the next and then the next. It’s impossible that you only have one book in you. Having multiple works in progress opens up more opportunities for you to succeed. The three books I’d written turned into multi-book contracts.

Everyone’s road to getting published is different. There are multiple options available to you today. I shattered the ladder I once had in my head. It’s not about just writing the book, editing, submitting, getting an agent, and getting published anymore. Well, the first and second rungs of the ladder still apply since how can you get published without having written a book? But once you get passed the first two, the world is your oyster, baby! Ultimately, if being a writer is who you want to be, then don’t let anything stop you because the universe will lead you to your goal. It might take more left turns than right, but you’ll get there.

Writing is a career of attrition. Those keep at it, no matter the pitfalls they face, are the ones that succeed. And by succeed I don’t necessarily mean making it onto lists, selling tons of copies, or signing movie/TV deals. Although all these things are very nice. What I mean by succeed is actually living your life doing what you love: writing.

To read more about Kate Evangelista and her books, click here.