The Darker Side of Alex Montgomery

(in the Touch of Death Series)

So hey. I’m Alex Montgomery. I’m supposed to talk to you about my dark side. Why everyone is always worried I’ll turn out like my parents is beyond me. I mean sure, I might have stalked Jodi when we first met, but I was trying to save her life, not to mention the lives of all the humans around her. She was dangerous to everyone, including herself. But I stepped in and saved more than just her.
So I get jealous and might be more than a little ready to use my fists on a certain Ophi named Chase. He deserves worse. He’d be burning in Hell if I had my way. But when I say things like that, Jodi’s afraid I’m going to give in to the dark side of my power. Yeah, I’m technically a killer. I’ve killed before. But I didn’t mean to. I’m not about to fly off the handle and kill everyone within reach. Not unless it’s to save Jodi, because let’s face it; I’d do anything for that girl. All right, I guess that includes giving in to my dark side. Let’s just hope it doesn’t come to that. 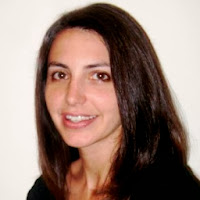 To read more about Kelly Hashway and her characters from the Touch of Death series (and other books), click here.