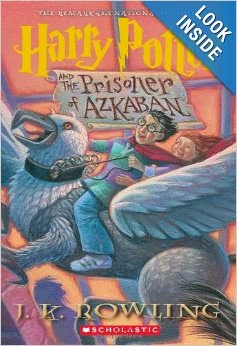 Hermione, in all seven books of the Harry Potter Series by JK Rowling, remains one of my most favorite characters and part of one of my most favorite romances—Ron and Hermione—impressive considering that neither is the main character. All that we know of Ron and Hermione we learn through the eyes of Harry, either overtly understood, or observed and dismissed, leaving the reader to interpret.

Poor Hermione! Best friend to two boys and alienated by most of the Hogwarts population, there seems to be a lot that Hermione either blatantly lies about, or withholds, choosing to deal with on her own. I can hardly blame her. Some of her lies are to protect or help her friends or to gain a personal win, but many, I think, are to protect herself.

Below is a list of such lies or omissions by book. See if you can come up with more!

Book ONE: Hermione starts her string of deceits with a lie about a Troll.

Book TWO: Lies to the Nurse about the appropriate size of her teeth during a shrinking spell

Book THREE: Withhold info regarding Prof. Lupin. And then the whole Time Turner Fiasco. Poor Ron. I don’t think he still knows what happened that year.

Book FOUR: The whole International Quidditch Star thing. This is where we see Harry avoiding to sully his hands with anything having to do with Hermione and her personal life. He avoids asking, and she avoids telling.  Also hold back that she is holding reporter-turned-beetle hostage! And blackmailing her into silence. I mean she deserved it, but . . .

Book FIVE: Hermione is co-leader of a secret band of misfits. In retrospect there is holding back all through the book about her feelings for Ron. Just for Good Luck kiss? Really?

Book SIX:  Interferes with Keeper Tryouts then, despite the emotionally moving scene in the movie version, in the book doesn’t say a single word out loud to Harry about how she feels when Ron makes out with Lav in front of the whole common room.

Book SEVEN: Where do I start? By now the trio are bandits on the run. Again with the not divulging feelings involving Ron, and she puts a major memory charm on her parents. Which makes one wonder: Has she done it before? What parents would send her back after the danger that befalls the students each and every year she’s been there?  I mean, I would imagine Dumbledore would have to be writing a letter home each year. “It is my duty to inform you that your daughter Hermione sustained life threatening injuries AGAIN this year at Hogwarts . . . ”

To find out more about Monica and her books, click here.