When Spencer Hill Press first contracted The Monster Within, the head of the company, Kate Kaynak, asked me what I envisioned for my cover. I had an image I had been using to represent Sam, my MC, and I quickly sent it off to Kate. The reason why I liked the image was because not only did the girl look like Sam did in my mind, but she was sort of hiding behind her jacket. She looked like she had a secret, and Sam definitely does—she came back from the dead and has to kill to stay alive.

A few days later, the cover image came to me and I liked it. I wasn’t blown away by it, though. Time went by because the release was still quite a ways away at that point, and it was too early for a cover reveal. But as we approached the release year, Kate emailed me and asked if I was happy with the cover or if I wanted Lisa Amowitz to create something new. Well, I had seen Lisa’s work and was impressed, so I said I was all for Lisa redoing the cover.

Lisa and I talked, and she immediately had the idea to use a mask on the cover. She sent me a few images she liked, and I gave her my input. But my mind kept going back to the image of Sam. I really wanted it on the cover, so I asked Lisa if she could work it in. When I saw Lisa’s draft and she asked me what I thought, my answer was, “It’s perfect!” Lisa took some subtle parts of the story and hinted at them on the cover. Now these are things you won’t understand until you read the book, but then everything just clicks and you realize how perfect it really is.
Until then, check out the gorgeous cover of The Monster Within. 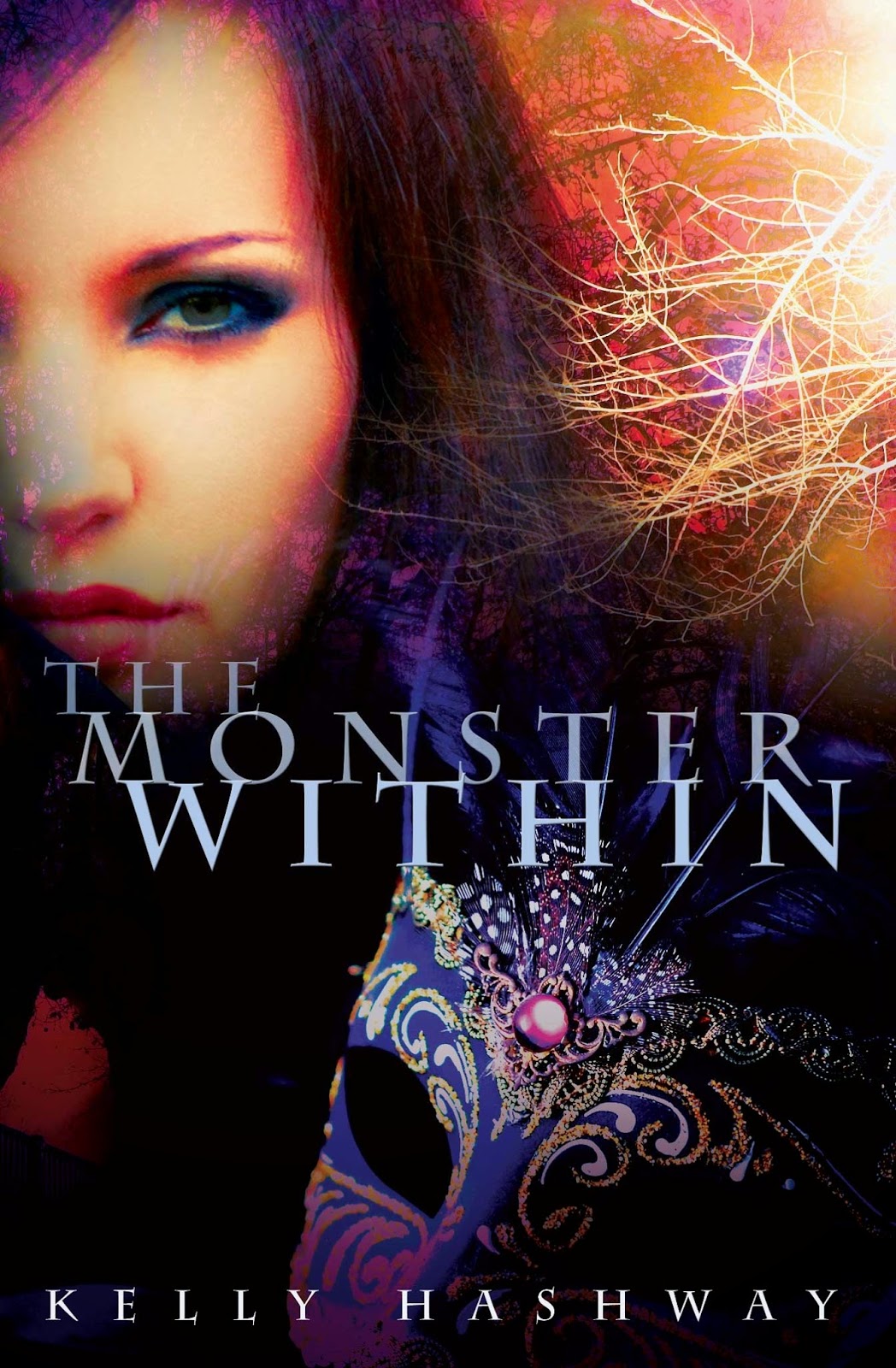 The moment seventeen-year-old Samantha Thompson crawls out of her grave, her second chance at life begins. She died of cancer with her long-time boyfriend, Ethan, by her side--a completely unfair shot at life.

But Ethan found a way to bring her back, like he promised he would. Only Sam came back wrong.

She's now a monster that drains others' lives to survive. And after she kills, she’s tortured by visions—glimpses into her victims would-have-been futures had she not killed them. Barely able to live with herself and trying to make things right, Sam ends up a pawn in a vicious game of payback within the local coven of witches.

But when the game reveals what Ethan had to do to save Sam, she must make a choice that will change all their lives forever.
Posted by Darkly Delicious YA at 6:00 AM