It’s teaser Tuesday and I’m excited to share an excerpt from the first book in the PRETTY DARK series, PRETTY DARK NOTHING, with all of you. The second book, PRETTY DARK SACRIFICE releases this September. Thanks for reading and I hope you enjoy!

It’s time to choose: Love or lies, faith or fear, darkness or destiny.

In my debut paranormal thriller, Seventeen-year-old Quinn hasn’t slept a full night in twenty-three days. She’s terrified of the demons that stalk her dreams, pull her into a deep dark nothingness and whisper hauntingly of her death. Exhausted, Quinn dozes off in the school hallway, and Aaron, an amnesiac with a psychic ability, accidentally enters her nightmare. If Quinn can learn to trust her heart, and Aaron can discover the secret locked away in his fragile memory, their combined power could banish the darkness back to the underworld for good. That is, unless the demons kill them first.


Excerpt from Quinn’s Point of View:
The dark ring of fog surrounded Quinn, moonlight eerily absorbed by its gray green mist. Something cold and damp brushed her leg. It felt like a human hand, a dead human hand, the moistness of its earthen grave still clung to its rotting flesh. Bile rose in her throat, and she swallowed hard to keep from vomiting. She shuddered as the corporal mist found her palm, inched its way between fingers, and seized both of her wrists, binding them together. Jerking away from the smoke’s grasp only succeeded in it tightening the grip of living rope until pain danced across every nerve.

Before she could blink, two new wraith vines shot from the darkness, grabbing her legs and slamming her to the forest floor. She clawed at the ground as the tendrils dragged her into the fog. Dirt lodged under her fingernails. The earthy decay, disturbed from its winter slumber, filled her nostrils.

“We’re coming for you, Quinn,” the fog hissed.

Earth to earth. The image of her parents throwing a handful of dirt over her coffin as it was lowered into the ground came unbidden to her mind. Tears slid from her eyes. She didn’t want to die.

More tendrils slithered toward her, swirling and changing into dozens of dark shadow masses. They crowded around, their bodies blacker than the surrounding night.

“You can’t get away. He doesn’t protect you anymore.” The dark shadows reached for her. “There’s no escape, Quinn. Earth to earth. Everyone dies. Some sooner than others.” 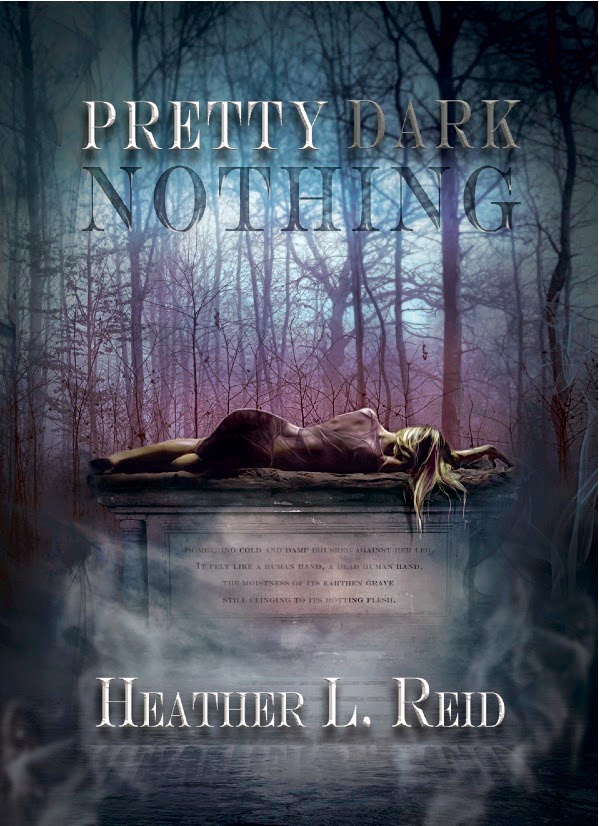