Writer’s block is to writers as a bum knee is to an athlete. Things are going great, and then BOOM, you’re on the bench with a bad case of the block. They’ll announce you on the ticker: Dear Writer, Out for 6 Chapters w/ Writer’s Block.
I think we all encounter writer’s block to some extent, but there are some ways to help defend yourself against this crippling condition. You’ll need to do the writer’s version of stretching and calisthenics. Just like athletes prepare their bodies before getting on the field, you can prepare your writing muscles. By doing some plotting and planning early on, I often find that I can stave off writer’s block when I’m in thick of writing. When I get stuck, I always go back to the playbook – the mighty outline.
That said, I still sometimes experience that paralysis while creating the outline itself:
What happens next?
And it’s scary! Because you, dear Writer, are a font of creativity, a veritable force of nature. When you reach any given point in a book, anything can happen. Anything. So to determine that one particular path is actually quite scary.
When you get to that stage, whether it’s in the outline stage or in the actual process of writing your novel, there are a number of strategies I’ve tried. (There are hundreds more out there if none of these work for you!)
1.     Go back and reread some of what you’ve written. Resist the urge to start fixing and adjusting the work. But sometimes reading what you’ve done can light the fire again and get you back on track with where you were headed.
2.     Talk to your characters. Go somewhere that people won’t try to call the men in white coats for you (or just pretend you’re on a Bluetooth earpiece) and have a conversation with the characters. Don’t just ask them about what they had for breakfast. Ask them what they want – what they need – to happen. What are they going to try next to get it?
3.     Forget about picking the One Perfect Scene. Start brainstorming. What could happen next? Jot it down, no matter how stupid it seems. You might come up with something brilliant somewhere between ninja monkey attack and alien invasion.
4.     Revisit your outline. (I hope you have one!) It’s the playbook, and it’s powerful.
5.     Skip the scene you’re on. I’m a big fan of simply putting … [Main character makes call to friend] or something else to tell me what I needed to accomplish there, and then moving on. Obviously if you’re pantsing it, that’s not going to work so well. But if you have an outline and you’re just a little stumped on how a certain scene plays out, give yourself permission to go on to something you do have a grasp on. 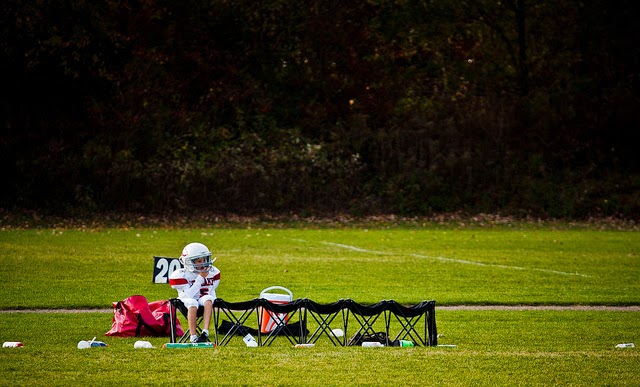 What if none of that works? You’re still just as stumped as ever, and you’re riding the pine, wistfully watching the other writers whiz through their latest WIP. Think outside the box. My next set of suggestions require you to set your work aside for a while.
On the occasions that I find myself blocked, it’s usually because I’m overthinking and stressing out about what I’m writing. In those cases, the brain needs to relax. If you can focus on something else for a while, your little brain monkeys will keep processing your story in the background.
6.     Get outside. Go for a walk, go shopping, anything that gives you a change of scenery. You could go to your favorite coffee shop and write, but if that doesn’t help, go do something that isn’t writing. (I like walking around Target, but that gets expensive!)
7.     Get some exercise. I do a lot of great brainstorming while exercising. You can focus on what your body is doing while your brain wanders, not to mention the health benefits! The exercise will also help release tension and stress, which may loosen you up writing-wise.
8.     Cue up a playlist of music that inspires you. Don’t force it. If the words aren’t coming, forcing yourself to listen to your book’s “theme song” on repeat for seventeen hours isn’t going to make things better. But try finding music that goes with your book. You’ll know when you find a special one, because you can’t stop listening to it.
9.     Read a book or watch a movie. The cheesier and more guilty-pleasure it is, the better.
10.  Take a nap. Some dream research suggests that if you’re thinking about a problem before you go to sleep, your brain processes it while you sleep, and you’ll wake up with a solution or at least a piece of the puzzle.
The important thing to realize about writer’s block is that it is, in fact, in your head. All sports analogies aside, it’s not an injury or a disease. It cannot have any more power of you than you allow. It’s simply a situation that arises, and you can overcome it by force of will. I do not believe in a mystical Muse that comes and whispers genius into my head. I believe in working persistently at something. So if you find yourself with a case of writer’s block, don’t wait around for it to magically go away. Take action, don’t quit, and you’ll be back on the field in no time. 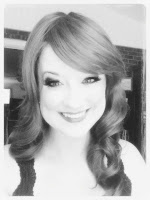 Jessica Hawke is the author of the YA paranormal Phantom Touch and an upcoming urban fantasy series. While she would love to say that she's been writing for her entire life, that simply wasn't the case. After a brilliant stint as a story-writer in third grade, she mostly kept to writing papers for school until she headed off to college. From eighteen onward, she spent too much time thinking about the book she might eventually write instead of just writing it. At twenty-six, she finally realized the book would not write itself and got down to the surprisingly difficult yet rewarding work of writing a novel. Her favorite genres to read and write are urban fantasy, dystopian, and paranormal. When she is not writing, she works as a middle school teacher, which is often stranger than fiction.