The first writing group I ever joined was an eclectic mix. A friend dragged me along and I fell in love with the idea of being part of a group of writers, sharing dreams and goals along with our coffee. We met for two hours once a week, bringing pages to read out loud and copies for everyone to follow along and jot feedback.

We spanned genres. Two of the members were writing memoirs, one a cozy mystery, one a women’s fiction. And then there was me. I wanted to write for young adults, but the group discouraged that. I worked on an adult fiction piece that never sold, as well as the psychic ghost story that became my first published novel, UNFOLDING THE SHADOWS.

But any time I tried to start something for teens, the group disapproved. When I brought my first mermaid pages, they listened politely but wrote cutting comments on the papers they returned to me.

Finding the right writing groups or critique partner is like dating. You need to find the right fit, and you should keep trying new ones until you do. You’re getting into a relationship, and it needs to work for everyone involved, so don’t commit before you know it’s right for you.

You might go on a second date with a guy, even if the first one wasn’t so hot. You know, give him a second chance, because anyone can have an off day. But. You wouldn’t make long term plans until you were comfortable that you actually liked him and he liked you. That you wanted the same things, had the same goals.

Same with a critique group.

When my group didn’t want to read about my mermaids, I was a little crushed. I mean, I liked these other writers. Didn’t they like me enough to respect my choices?

My middle child took pity on me and offered to read it. He turned out to be an awesome critique partner, with the added bonus of giving me insight into what a young teen likes to read. Then at a high school reunion, I ran into a guy who’s now a computer programmer and an aspiring novelist. We exchanged emails and manuscript pages, and he made some great suggestions that added action and drama to my storyline, helping me mold my bad guy into something more evil than he was before.

And SON OF A MERMAID sold soon after.

I left my group. Or should I say, we broke up. We clearly didn’t want the same things out of that relationship.

My second young adult mermaid book – BLOOD OF A MERMAID – just released YESTERDAY. And those other writers in the group?

None of them have published anything.

~ * ~ * ~ * ~
About the Author:
Katie O’Sullivan lives next to the Atlantic Ocean, drinking way too much coffee and dreaming of mermaids. Her new release, BLOOD OF A MERMAID, is available now on Kindle with a full release at the end of the month. For more information, visit her website at www.katie-osullivan.com. 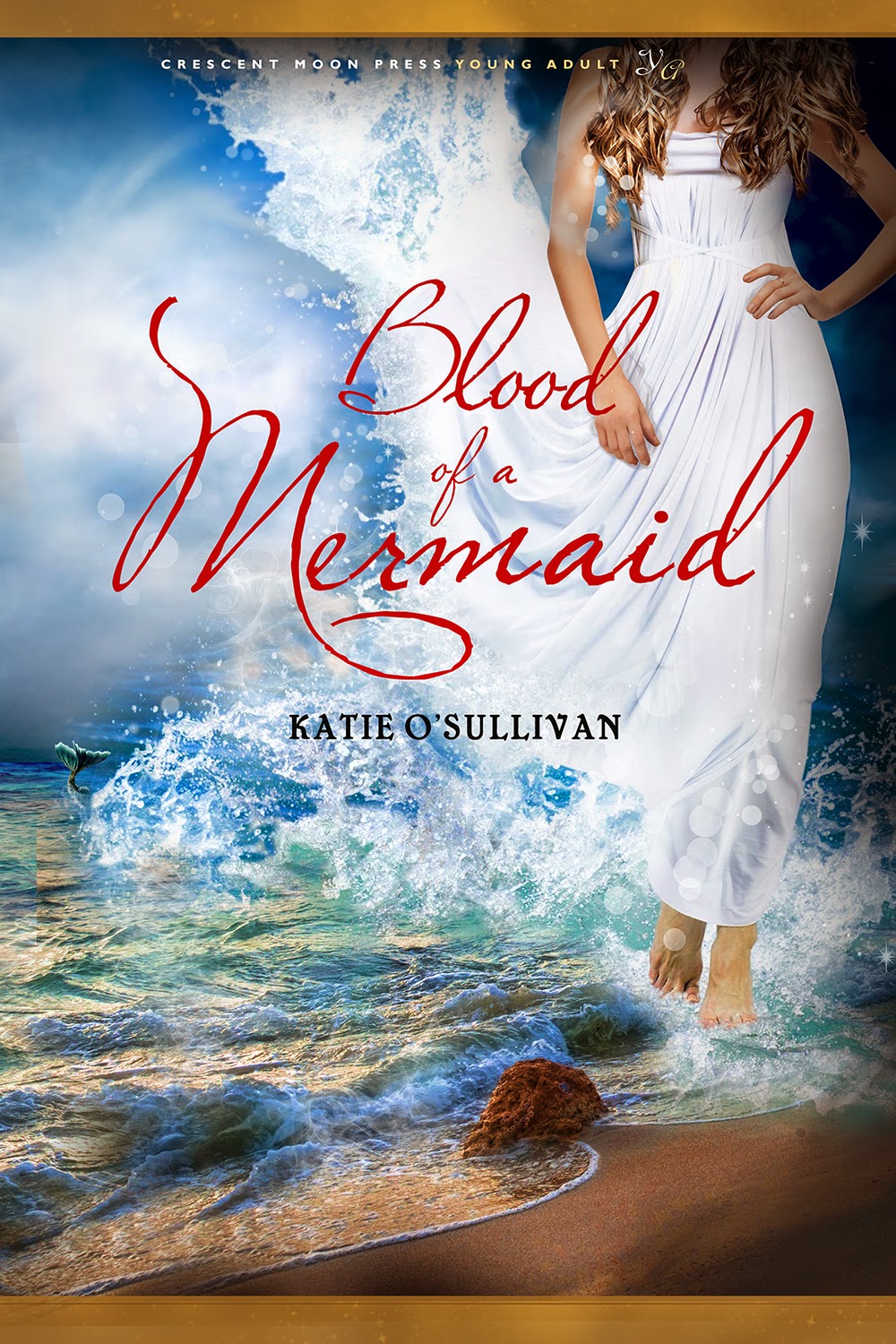 When Shea MacNamara fell into the ocean for the first time, he found he could breathe underwater. The son of a mermaid, the sea is in his blood. Literally. The best part of Shea’s new life? His girlfriend Kae, who also happens to be a beautiful mermaid.

But darkness lurks under the sea. When evil mermen kidnap Kae, the king reminds Shea that having royal blood means making tough choices.

An Arctic dungeon, a fiery plane crash, the legendary halls of Atlantis…and narwhals?

Having mermaid blood just got a lot more complicated.


Posted by Darkly Delicious YA at 3:00 AM