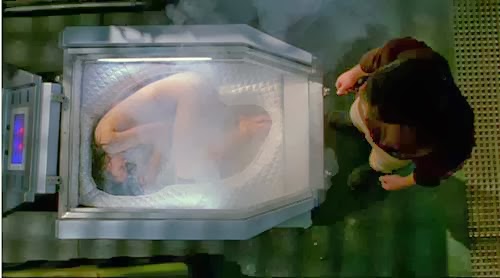 My name is Colby Patterson and I’m soulless. Literally. It happened one day when I was in school.  My soul disappeared. I became a raving lunatic, psychopath, craved madman, hell-bent on destroying everything in my path.

How did this happen?

Does it have something to do with the scientific experiments being conducted at Velcron Technologies?  Who is Oliver Conroy?  And, how did he steal my soul?

Colby woke on the cold floor. Only one of his eyes worked. The other was sealed shut. He pulled himself to sitting, feeling every inch of his body bruised and sore. An ache radiated inside of him like his ribs were broken. Blood dripped from a cut on his lip. He smeared it away with the back of his hand, then looked down at his arms and saw burn marks seared across his flesh. The same red marks covered his legs. Colby struggled to his feet and looked around to orientate himself.

He wasn’t in the room he had been brought to when he first arrived to Velcron. This room was a laboratory—a dimly lit one. The floor was smooth and polished, with a metal table was in the middle of the room. Silver chutes lined one wall, a metal door on the other. He hobbled to the door and tried the handle not really thinking it would work, but determined to escape. He had to get out.

He remembered the last thing Dr. Wang had said. Take him to the vaporization room. Colby turned around again and saw a shower on the far end of the room—the vaporization shower. He had heard about it before. It was used in prisons to execute criminals. A prisoner would be forced into the chamber and ultrasonic lasers would shoot out of the showerhead, vaporizing the victim into oblivion. Now, they were going to try to execute him without any just cause. He hadn’t even had a trial. There was no jury, no witnesses called forth to testify, no judge to hear his version of the truth. All of it was a set-up, to annihilate him and keep him quiet, but why?

Searching the room, Colby looked for something to defend himself with, but there was nothing. He scanned the ceiling and sides of the walls for an opening, anything that he could stick his fingers into and wedge open, but everything he touched was polished smooth. He tried to yank one of the legs off the table but it didn’t budge. Each leg was permanently secured to the floor.

A moment later the door squeaked open and the man in the white shirt appeared. “I’m glad you’re awake,” he said, entering with his baton in hand. “I didn’t want to vaporize you without having you awake first.”

“Why are you doing this?” Colby asked, backing up.

He shut the door. “You’re a mistake, Colby. Someone already had your soul before you and he wasn’t done with it, so we gave it back to him. That makes you a damaged psychopath. We can’t have damaged psychopaths just wandering the streets now, can we?”

“What about my trial?” Colby begged. “What about getting to defend myself? Where are the police?”

The man switched on the baton and laughed. “Police? Now, why would we want to get them involved? We already know you’re guilty.” He stepped towards Colby, waving the baton then prodding him towards the back wall and the vaporization chamber.

Find out more about L.V. Pires at lisavpires.com
Posted by Darkly Delicious YA at 3:00 AM