Blood on the Bathroom Floor – Teaser from A Shimmer Of Angels by Lisa M. Basso 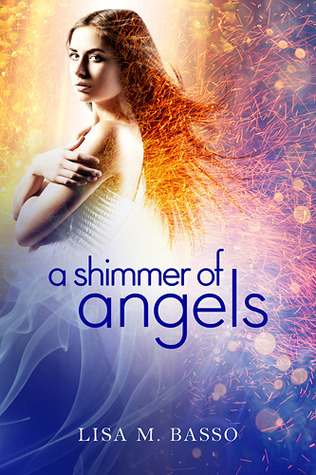 Disclaimer: The following scene contains violent imagery. Also, it’s one of my favorite scenes. Pay no attention to the link between the two. *waves hand like a Jedi* Please enjoy the this teaser from the beginning of chapter seven.

A heart-stopping shriek rose up my throat. I took two steps, then fell to my knees by the stall. My jeans sopped up the thick, warm liquid. So much of it.

From behind me, someone tugged my arm. I screamed, twisting and pulling myself free. I scrambled back against the wall, my chest filling with too-quick breaths. Ms. Morehouse wrenched me from the bathroom and dragged me out into the hallway.

She yanked a cell phone from her pocket and punched in three numbers, her hands shaking with the same convulsions I fought. One last beep and she handed me the phone before rushing back onto the bathroom.

“Nine-one-one. What is your emergency?”

“There’s blood. In the bathroom. A girl—she needs help!”

“Can you tell me what happened and where you are?” The man’s calm voice helped me a little.

“I don’t know what happened. She’s in the girls’ bathroom—in the basement. San Francisco. Stratford Independence High School. One, uh, one twenty Ellis Street.” My hands shook almost as much as my voice. I blinked and found myself on my knees.

“I’m sending a response team to you. They should be there soon. Try to remain calm. Do you know where she’s hurt?”

“No.” I tried to stand. Collapsed, my knees liquid beneath me.

I needed to go back in there. To help Allison and tell the operator what I could. But I couldn’t move.

The calm man’s voice hummed through the phone, but my vision tunneled and my arm became too weak to hold the phone up. It tumbled to the floor.

I stared at the phone. Blood. It covered my hands, filled the lines of my palms. Deep red, almost-brown. It was everywhere. The bloody imprint of my hand, every small line and crease, had transferred to Ms. Morehouse’s phone. Wide circles of it had sopped into the knees of my jeans. I gagged, scrambling back, desperate to run from the feel of it. But I couldn’t escape it, no matter how far I ran. Warm and sticky, the blood soaked through my jeans, onto my hands. Into my skin. I clutched my head and rocked. The drying blood matted into my hair. My thoughts jumbled in red.

Ms. Morehouse emerged from the bathroom an eternity later, red staining her hands and the front of her shirt. Tears dripped down her pale cheeks, tacking the ends of her bob to her chin. Her movements were as languid as the pain in her eyes.

She sat against the lockers beside me. “Are you okay, Rayna?” She didn’t look at me, her stare fixed on the door. Her voice was high, but whisper soft. Disconnected.

Was I okay? That was a question I couldn’t answer without repercussions.

“Allison?” I managed to squeak out.

Ms. Morehouse shook her head. “Is the ambulance coming?”

I glanced at the phone again. The call was probably still connected. I nodded.

“Good.” She pulled her knees up to her chest and wrapped her trembling arms around them.

Shivers tore through me. I forced myself to look at her face.

I used to room with a girl on the inside who’d been stabbed to death with a spork. I knew those tears well.

Read A SHIMMER OF ANGELS today: Kindle | Nook
Find out more about Lisa Basso and her books by clicking here.