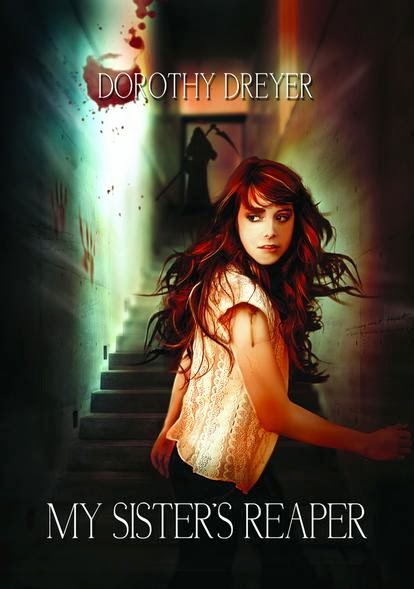 I’m a member of an awesome organization called YALitChat. It’s a great place for writers to network, exchange ideas, get information, and swap critiques. Back in January 2012, YALitChat was holding its 2012 Agent Pitch-Slam Weekend. In this pitch contest, writers would submit a four to five sentence pitch on the forum to two literary agents and an editor from SourceBooks Fire. I had just participated in the Baker’s Dozen contest the month before and done well, awaiting word from agents who had requested my manuscript of MY SISTER’S REAPER. The Pitch-Slam began, and so did my nail biting. To my delight, I received great comments on my pitch and was listed as one of the top ten finalists! Cool! The finalists then had to re-pitch, making such changes to their pitches the judges had suggested. When it came time for them to announce the top three winners … I wasn’t on the list.

Having already developed a thick skin from countless rejections on the previous three novels I’d written, it didn’t faze me too much. I was proud to have gotten into the top ten, and in the meantime I had won in other contests and had my full manuscript submission out with an agent and a publishing house. Then something unexpected happened: I received an email from Georgia McBride’s assistant. They loved my pitch from the Pitch-Slam and wanted to read the first chapter of MY SISTER’S REAPER, as Georgia McBride had started up a publishing company called Month9Books. Wow, awesome! Yes, of course. I sent the first chapter right away. Within a week a subsequent email came in asking to see the full. Yay! Then one morning a couple weeks later, as I was checking my email over breakfast, I got the offer for a two-book contract. I was completely blown away. The other publishing house still had my manuscript, so I did the courteous thing and let them know I had an offer. After a bit of back and forth on the email front, I decided to sign with Month9Books. Fast-forward to May of 2013, and my book was released in digital format while I was at BEA signing ARCs. Then in June, the print format was released. And my dream of becoming a published author came true.

For more information about Dorothy and her books, click here.
Posted by Darkly Delicious YA at 6:00 AM