Dillan is one of the first characters to move into my head. As I have mentioned before, I have apartment complexes in there brimming with characters. He came long way back when I still had a day job and getting published was a distant dream I still hadn’t taken seriously as a career choice. He’s experienced a transformation over the years. In some ways he’s matured and in others he remains exasperatingly immature, but that’s what I love about him. He’s close to my heart because of who he is.

When I signed the contract for Til Death with Entangled Teen, the whole story was told exclusively in Selena’s point of view. Dillan had a few chapters, for sure, but not enough to make him more of an integral part of the book even if he is the hero. Through the miracle of editing, the story slowly evolved to include his point of view and now he shares equal chapter time with Selena. He even kicks off the book, which he enjoys very much, let me tell you. He can be an arrogant ass about it sometimes. And you won’t believe the swell in his ego when he found out he’s starting the second book too. *shakes head*

Anyway, with Dillan’s part in Til Death increased exponentially, I was given a chance to explore his character more. I found out a little more about the Illumenari, which is an organization he is born into sworn to protect people from anything that goes bump in the night (his words, not mine). His insight into their organization comes from his frustration at being demoted. You’ll find out more about this when you read Til Death. It’s actually part of the opening chapter.

What I loved the most about Dillan is that he is a character in search of redemption. During a mission gone wrong, he failed to do the one thing he was trained to do. This is a crushing blow to him and his family. He’s the first son of the first son, which is an important distinction in the Illumenari. It means he’s poised to take over his grandfather’s seat in the Council when the time comes. He grew up handling this kind of pressure, so it was second nature to him to succeed in everything he does. Until, of course, the time comes when everything counts and he chokes.

He arrived in Newcastle, banished and dejected, willing to redeem himself in the eyes of his family and the organization he’s served all his life. But despite this sense of purpose, he’s still as snarky and arrogant as ever. It gets him in trouble with his uncle several times. And it earns him the nickname of Mr. Rock-Star-National-Geographic when he is forced to live the life of a high school student to retain his cover.

There are moments when Dillan is exasperating, even to me, but when he finds it in his heart to be sweet, he can rock your world. He’s an enjoyable character to write, that’s why I’m really looking forward to the second book. I want to see him grow more, grapple with new challenges, and push the snark-o-meter to extremes. And it doesn’t hurt that he’s hot, now does it?

Find out more about Dillan Sloan by pre-ordering your copy of Til Death today. He’s someone you should get to know and swoon over. You won’t be disappointed. Also, please make sure to like the Fractured Souls Facebook Page. Lots of exciting things happening there.


Here’s info on Til Death and the links to where you can pre-order: 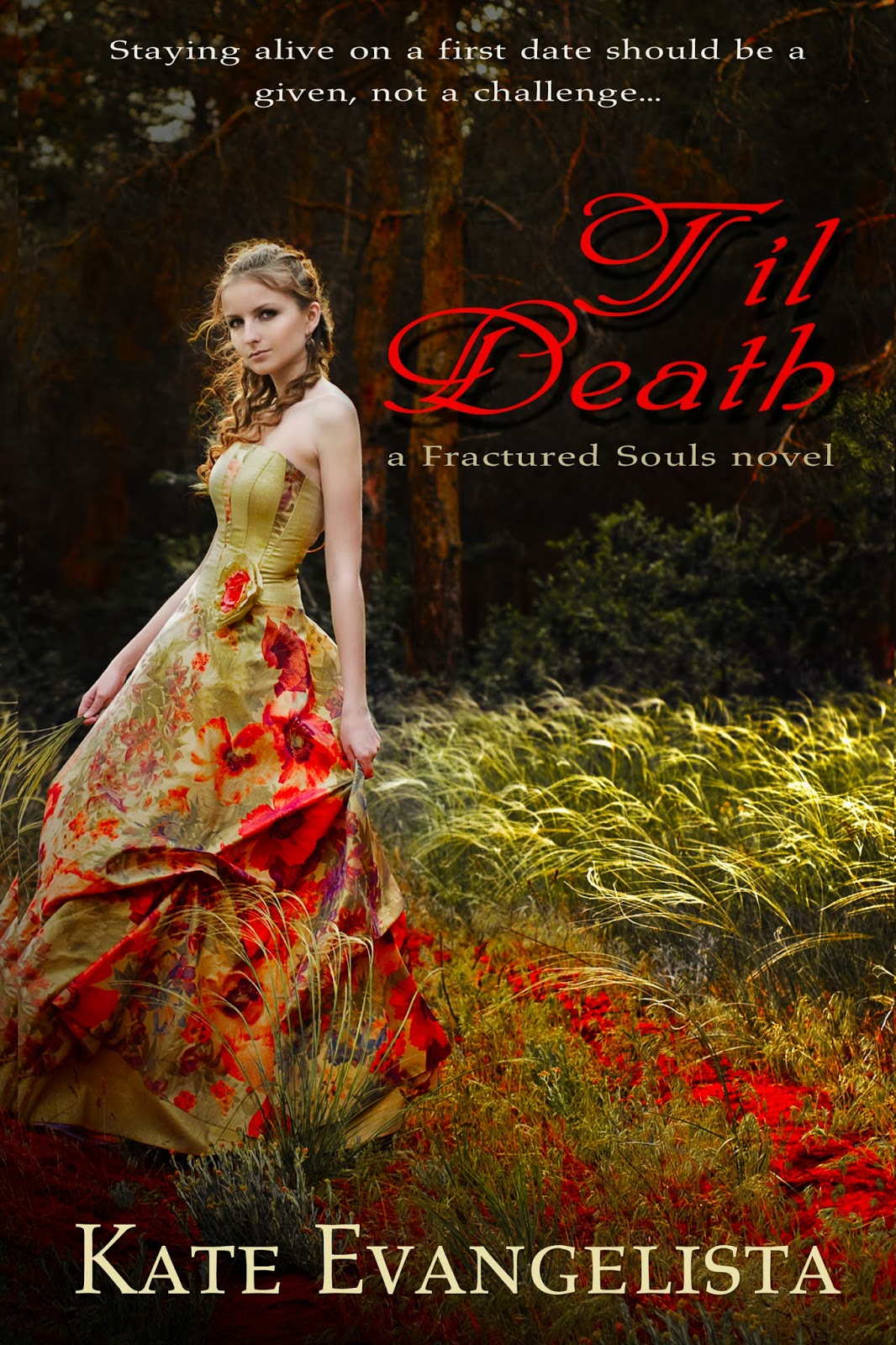 Sixteen-year old Selena Fallon is a dreamer. Not a day-dreamer, but an I-see-the-future kind of dreamer. Normally this is not a problem as she has gotten pretty good at keeping her weird card hidden from everyone in her small town. Except from her best friend Kyle and her grandparents, of course. But when Selena dreams of her own rather bloody death, things get a little too freaky even for her.

Enter Dillan Sloan. Selena has seen the new guy in a different dream, and he is even more droolworthy in person. Beyond the peircing blue eyes and tossled dark hair, there is something else that draws her to him. Something…electric. Unfortunately, Dillan makes it more than clear that he does not feel the same. They just met, so why would he act like he hates her?

When Dillan and Selena are forced together one weekend to work on a school project, Selena prepares to be ignored as usual. But when she stumbles across a few undead in the backyard, Dillan comes to her rescue and reveals a whole lot more. Not only is he part of a society that hunts otherworldly creatures…she is too. And she is being targeted by a force bigger and darker than anything she ever imagined. Despite her death dream, Selena is not going to give up easy, especially when she discovers that Dillan might not actually
Posted by Darkly Delicious YA at 6:00 AM