One Dark Secret About YA Author Jessica Hawke


While my life isn’t rife with the deliciously dark secrets of an angsty teen drama, I thought it best to share one of the secrets about my writing. No, I haven’t made a deal with a demon or wished upon a star. (I’m pretty sure if I had, I’d have a movie deal!)

My secret is that even when a book is complete, I want to constantly rewrite it. I’m not talking about the polishing and tweaking that comprises the revision process. Everyone does that. I’m talking about Hurricane Hawke, ripping the story apart and leaving nothing but the foundation. I want to tear it down and rebuild it over and over, because it’s never enough.

Why is this a secret?

Well, for one, it reveals a lack of confidence and commitment in my story-telling. Even when I’m at the idea stage, I find a dozen different directions to go with that idea. I find myself standing at a crossroads where there aren’t two forks, but twenty-two. 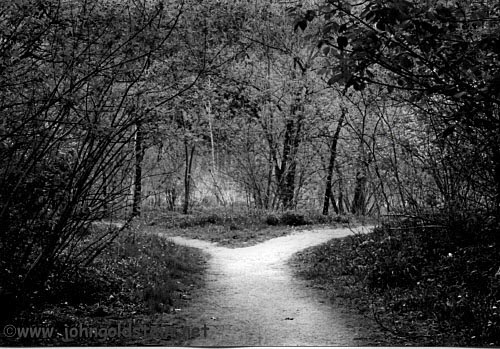 The problem is that I am so afraid of picking the wrong way to write it, that I have dozens of potential novels sitting untouched in a notebook because I can’t make up my mind on what to do with them. This is especially troublesome because on at least three occasions, I have written 40,000+ words on a novel before deciding I wanted to take a different route with it. What a waste of good writing time!

(Case in point: I have already considered half a dozen topics for this blog post, which I procrastinated because I was anxious over picking the wrong one.)

My worst case of “Fork-Itis” was my current WIP – an adult urban fantasy. I wrote the first 30,000 words of it THREE TIMES over several years (completely different storylines, no less!) before this. The fourth time seems to be the charm, as I finally finished it and feel relatively satisfied with the story. I have another book, probably the closest thing to being the “book of my heart,” that is in in its third or fourth iteration. My next project? Tearing it all down and rebuilding it with entirely different storylines.

I suppose this bothers me as a writer because feel like I must have missed some huge key to being a proper writer, since I can’t seem to pick out the very “best of all possible worlds “ to write about.

I mean, do writers like John Green have this problem? If I had written The Fault in Our Stars, I probably would have lain awake at night debating what kind of cancer Hazel had and whether they should go to Paris or Tokyo or Amsterdam and what about the ending, dear GOD the ending. I wonder if other authors feel the same uncertainty.

That’s the frightening power of writing, isn’t it? Anything you write could be just the opposite if you make it so. If you kill a character, you could just as easily allow them to live. A chance meeting that leads to an epic romance could be wiped from existence, with a mere flick of your pen. What power; what terrifying responsibility.

However, like many writing “secrets,” this one can be informative and hopefully affirming in some way. I’m sure I’m not alone in this. I am happy to say that in some cases, it eventually works out. In the case of my current WIP, the “wasted” words helped me find the voice of the protagonist. I also used the failed attempts to educate myself on what didn’t work and why I ultimately trashed them. In some cases, the conflict was too weak, and in others, the characters were unlikeable and uncompelling. By recognizing what didn’t work, I learn how to avoid the same problems in the future. And at the risk of sounding like a motivational speaker, you can turn a loss into a win if you learn from it.

Now, if you’ll excuse me, I have twelve versions of my next novel to peruse, and I just can’t seem to decide…