From Just Starting Out to Working with an Editor:
Secrets Of Creating Eye-Catching Cover Art
By L.V. Pires

Creating the perfect cover can be a tricky endeavor and one that is often times best left to the savvy marketing skills of your editor and their publishing team.

Overall, covers should be eye-popping, intriguing, and make the potential reader more interested in choosing your novel over someone else’s.

But, what about writers who are without the team of illustrators and designers?  How can the self-published author make a cover that is appealing?

Some self-published authors seek out a designer but that can be costly.  Often times it’s worth it, though.

My first novel, Polly of Pitcairn Island, didn’t make it onto a publisher’s desk, unfortunately.  But, I loved the story and didn’t want to stuff it under my bed with all the other writing I had been stuffing under my bed since I was six-years-old.  This one was going to come out and shine.

After going through the process of formatting and editing, I chose a cover from the Getty Museum in Los Angeles.  The story is set in the South Pacific, so I wanted to find a painting that represented both the setting and flavor on the book.  Lo’ and behold, I found a Don Clever vintage Hawaiian travel brochure, “Hawaiian Girl and Feather War God Tiki” - American President Lines through GettyImages.com.  Known for his mural painting and design, Clever’s image reflected the feeling of the novel, plus the bright colors naturally attracted me and I knew it would have a positive effect potential buyers.


Purchasing the image wasn’t expensive and although it has probably been seen before, it was the final touch to my novel that made it feel like I had seen it all the way through from start to finish.

Around the same time, one of my short stories, “The Summer of Winged Creatures” placed as a finalist in a competition through Saturday’s Child Magazine.  Their cover art was a combination of historical photograph and background design.  An image of Alice Liddell made famous by Lewis Carroll and his stories of Alice and Wonderland brought the cover to life.  Again, a striking, but familiar image, along with a butterfly representing innocence, is set against the harsh brick wall.

When my novella, “The Portrait,” was picked up for publication by Gypsy Shadow Publishing they gave me the option to choose my cover from a handful of preselected images.  One of the benefits of working with a small press publisher is your ability to have more of say in cover art. I chose a striking photo of a woman with fiery red hair and piercing green eyes to represent the mysticism and supernatural stalking that occurs in the story. 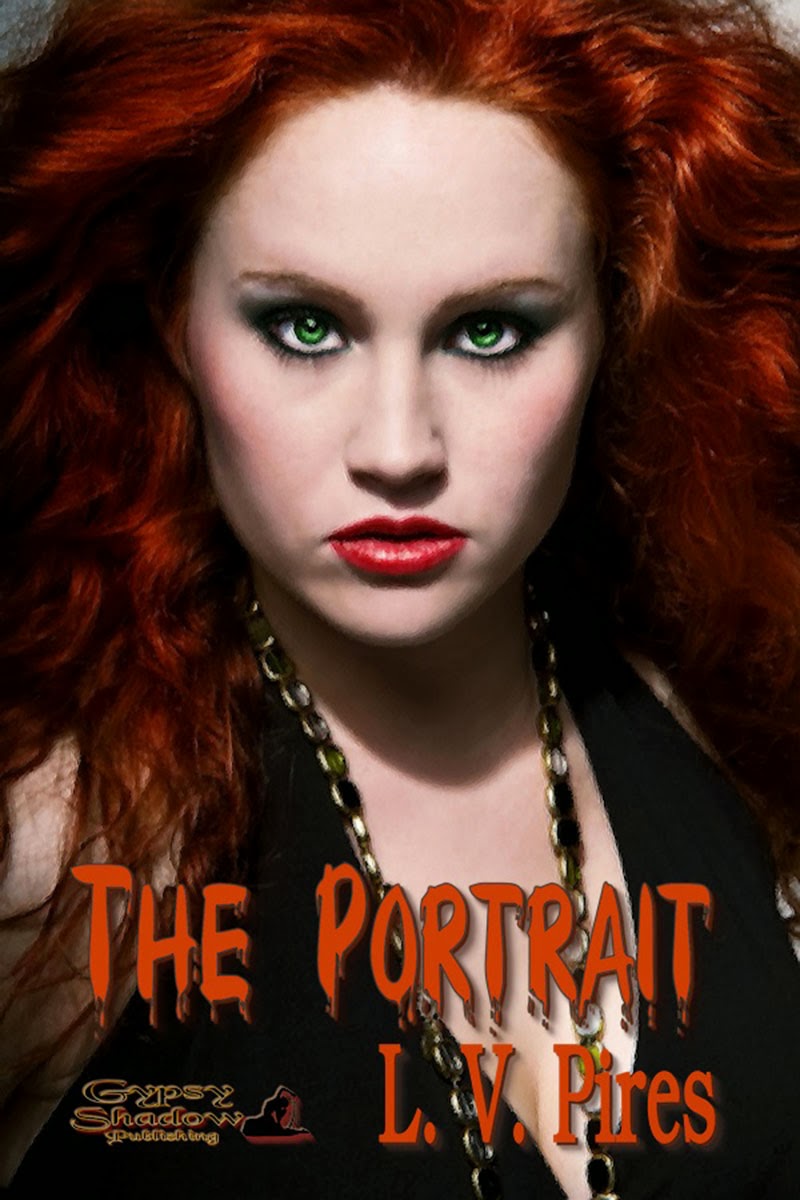 I know I won’t always get such freedom of choice, but it was nice to feel like I was a included in the decision-making.  So far, I can say, I’ve enjoyed learning about the process of finding my own cover art, but I also enjoy watching others take hold of my story and translate it through image to the public.  There are some truly spectacular covers out there and I hope to work with some of those artists and illustrators in the future.

My next book cover for Oliver Conroy and His Repossessed Soul will be through Crescent Moon Press and I can hardly wait to see what they come up with.

Find out more about L.V. Pires at lisavpires.com