An Unexpected Journey to Publication by L.V. Pires


Oliver Conroy and His Repossessed Soul was my second completed novel and the first novel I sold to Crescent Moon Press.

And, how I sold it is a story itself.

Flashback:  Autumn, 2011.  I had just given birth to a beautiful, baby girl and was, for all intents and purposes, couch bound for the next nine months.

Those days, weeks, months passed by like a purple haze, minus the psychedelics — daydreaming — swooning in and out of a postpartum drift, reading, watching TV, movies, and sleep.  I laughed at those who held normal waking hours.  My clock was set to my daughter’s.  Schedules were impossible to keep, so I gave up trying.

As ideas merged and fell apart, story lines formed and unraveled, I found myself one day reading an article about cryogenics.  It interested me and triggered a concept.

What happens to the soul when a person is cryogenically frozen – does it become suspended, too?

And, what if the technology works?  What if, in the future, frozen bodies are de-thawed and repaired—brought back to life?  What kind of soul will reenter that person?  His or her previous soul?  What if that soul has already gone on and been reborn into a new person?

Enter Inspiration:  The clouds broke apart and a golden light shone down dousing my aura in heavenly gifts.  Okay, it wasn’t that dramatic, but a story line did emerge.

The story wrote itself.  I had a first draft down in four months. 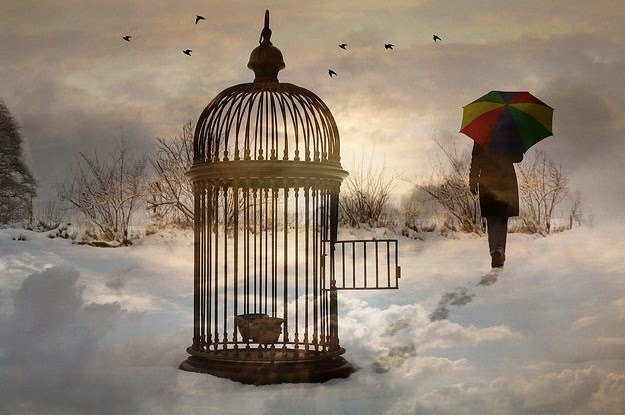 Paris:  Yes, Paris.  I began my second year as a MFA candidate through Spalding University and the program took place in Paris.  Working with the brilliant, Susan Campbell Bartolletti, I was guided through revision after revision, restructuring, rewriting, re-everything, for one year until exhausted, and with a pretty bad case of carpel tunnel syndrome, I closed the computer and said, enough.

The story was written.

Winter-Spring, 2013 – A weary author (yes, me) sat patiently at her computer, formulating the perfect query letter.  Sweat beaded her brow as rejection after rejection dings into her inbox.  Some agents are kind.  Others are callous.  One wants the full manuscript.  The battle-hardened author perks up and orders half a glass of champagne.

Only to be followed soon after by - rejection, rejection, rejection.  Partials and fulls are requested here and there, but time ticks by, as if the script fell into a black hole of cyberspace.  Was anyone reading it?  Anxiety set in as I wondered whether it was sent it to the right person.  Should I nudge?  Should I wait?  Should I take up crocheting?

Enter Low Point:  After fifty submissions, sent out in batches of ten at a time, over several months, a few other agents appeared somewhat interested.  One wanted the actual hard copy (who does that?)  Twenty dollars worth of printing later, the manuscript was sent off via snail mail.  Only to be followed a short week later by a rejection in the form of a post card.

Publication:  A few weeks later I decided to try going with a small press publisher.  I sent out only a few query letters to publishers directly and waited.  It was in April of 2013 when I heard back.  Two full requests.  And shortly after that, I received a message in my inbox…

“I have personally read your submission, and I must say I was riveted.
I would like to offer you a contract for your consideration
if you are still interested…”

Find out more about L.V. Pires at lisavpires.com