Hello, DDYA readers! I'm up for Teaser Tuesday and I thought why not give everyone a taste of my latest release, TIL DEATH. It's out now wherever books are sold, so make sure to grab your copy. The narrative is in two POVs. My teaser for all of you is in Dillan's POV. He uses third person. Check it out. Happy reading!

Not five minutes after closing his eyes, something straddled Dillan’s waist. His hands grabbed soft skin, forcing him to open his eyes. Wavy hair rained down around his head as a pale face hovered above him. He stared into her sightless eyes. She frowned. He breathed in the cinnamon scent of her.
“You failed me,” she whispered.
She was right. He said her name in response. He ran his hands down her arms and closed them around her tiny wrists. Without asking for permission, he lifted her limp hands to his neck.
“Go on.” He swallowed, sliding his hands to her waist. “Do it.”
Understanding softened her expression. She nodded before her cold fingers circled his neck. She didn’t need any encouragement from him. The pressure pinched his throat closed. She squeezed harder. His lungs burned, struggling for air. His heart hammered inside his chest as he grew lightheaded. Soon his survival instincts kicked in, but he fought against throwing her off the bed.
When his eyes rolled back into his head, he gasped awake and sat up. He let his sight adjust before he scanned the room they’d given him at Valley View. Nothing. He reached for the bedside lamp. Yellow light pushed away the dark. Still nothing. He fought against breathing too hard too fast. His throat hurt when he swallowed.
Adrenaline-laced blood pushed him off the bed. He dropped to the floor and counted out fifty push-ups. Then he jumped to his feet and manifested his weapon. He lunged and slashed at the air, repeating several other maneuvers against invisible targets. He needed to anchor himself to the present. Shit. That dream was too real. He pulled out of a lunge and stood straight. Sweat rolled down his back by the time he returned the sword to its alternate form. Reaching behind him, he pulled off his shirt and tossed it aside.
The invisible tugging forced him out of his room without a second thought. He roamed the halls of Valley View, not really sure where he was going. His legs led him somewhere, and like at the forest, he let them take him where they will. He shoved fingers through his sweat damp hair. When he finally realized where he’d stopped, he thumped his forehead against the wall. A sad laugh escaped his throat. An hour of roaming and where’d he end up? At her damn door. How’d he even know where she slept?
The tugging continued. He pushed off the wall and opened her door. The last person that left her didn’t think to lock it. What kind of a household did Kyle run? They were sloppy.
Disappointed at the crappy security, he poked his head in and his eyes focused on the sleeping mound at the center of the bed. In seconds he was closing the door behind him.
The floor creaked when he took a step forward. Dammit! He froze, holding his breath when Selena murmured. She shifted. He swallowed his heart back down and waited until her breathing turned rhythmic before daring to move again.
He picked his way to her bedside, avoiding any more creaking floorboards. Maybe the lack of air to his head after his near strangling dulled his common sense. Shit. He slowly realized when it came to this copper-curled girl, he had no common sense. He should have been in bed. But no. Instead he found himself standing like an idiot beside her bed. Shirtless.
Dillan never thought of himself as a creeper until this moment. And yet, he couldn’t help himself. His gaze traveled to her leg. It was the only part besides her head not covered by the comforter. Someone had pushed up the pant leg of her pajama bottoms. Her white skin stood out in the darkness. His tongue stuck to the roof of his mouth. The icepack had fallen off her knee, exposing the beginnings of an ugly bruise.
The invisible force spurred him onward, rubbing the charm on his wrist. The blue sparks of his sword lit up the room. Small flames of his energy danced on top of Selena’s comforter without burning the fabric. Mesmerized by her sleeping face, he closed both hands around the hilt and positioned the tip of the blade over her body. 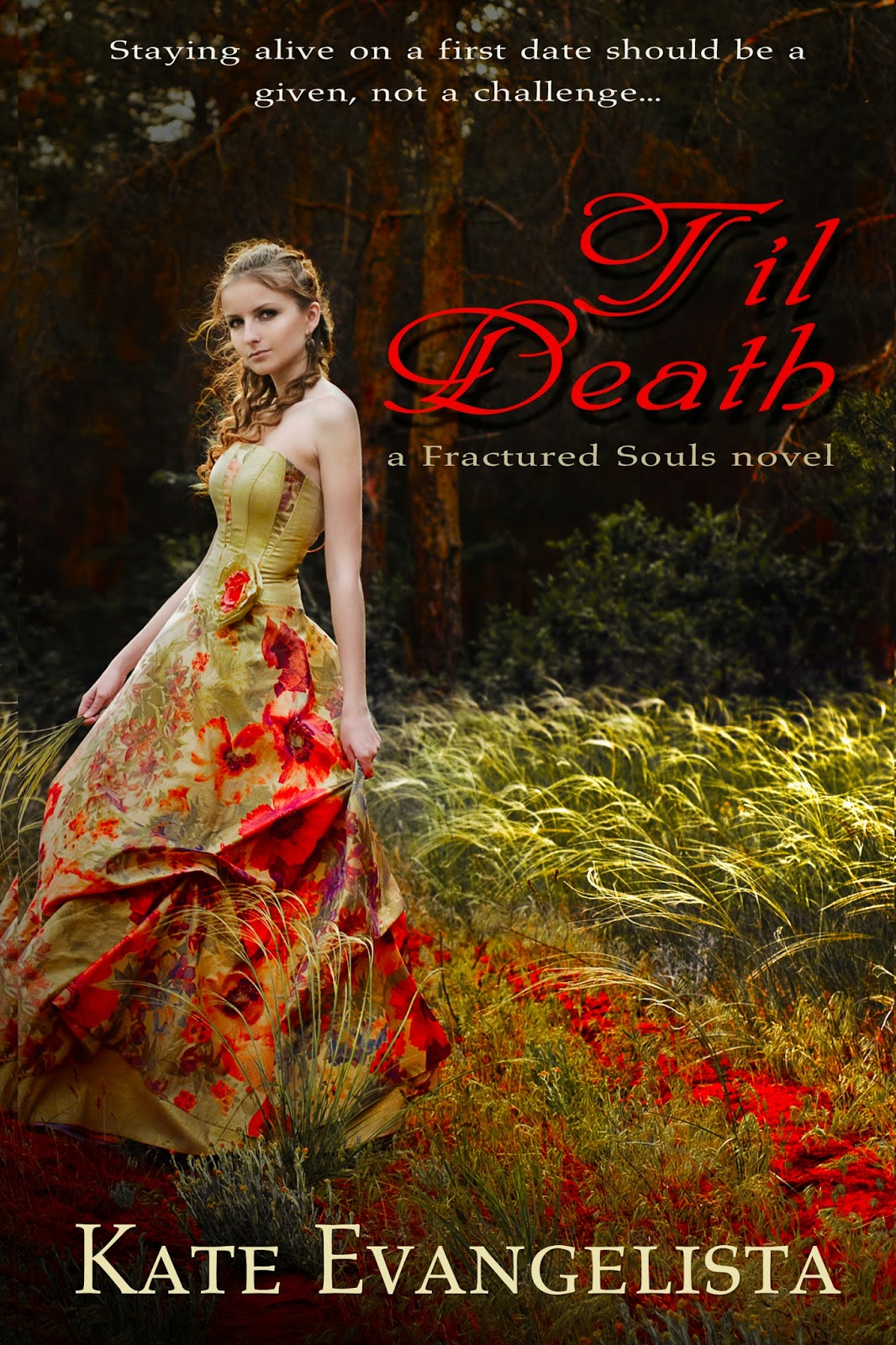 Amazon | B&N | The Book Depository | Entangled Teen
Posted by Darkly Delicious YA at 6:00 AM