I’ve been very lucky when it comes to my book covers. My publisher is very accommodating on author input, so when I suggested butterflies for my angel series, they went with it.

It might seem like an odd choice, so let me explain. I started writing these books at the beginning of the angel trend. Writing is a slow process. Publishing is a slow process. So, by the time Ember and Iridescent were ready for their book birthdays, feathers and wings were everywhere. I put a lot of thought into how we could make my books covers stand out. 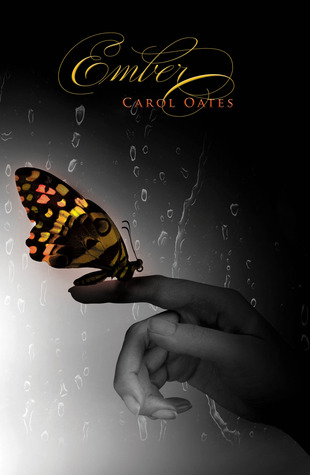 The butterfly on Ember represents Candra, the central character. On the cover the butterfly is in vibrant color compared to the background. She is a singular entity in this book, standing out from everything and everyone around her.

The hand is Candra’s step-mother. She is over-protective and slightly over-baring but loving mother figure. She’s given up everything in her life to protect Candra and is the reason she has lived a normal life for so long.

The rain is always there in the background, an ever present threat to the butterfly. A butterfly’s wings won’t work if they are caught in the rain, if the rain is heavy enough it can kill. Candra’s situation is precarious. If she makes the wrong decisions, it would be the equivalent of a butterfly caught in the rain. 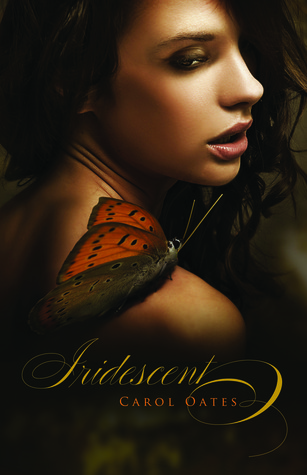 By book #2, Iridescent, Candra’s situation has changed. The issues she faces are much more problems and responsibilities on her shoulders rather than the internal strife of figuring out who she is. She is has chosen to insert herself into the picture, but is still not free.

The girl on the cover is Candra. She’s looking over her shoulder at the situation she can’t escape. The light is shining on her face but she has turned away toward the shadow, turned away from answers.

The butterfly(or in this case a moth) is outside of her now, giving her less control. It’s not something she is anymore, it’s something she has to deal with, but it’s also proving a distraction.

Learn more about Ember and Iridescent, and see the trailers here.
This post comes just in time for an announcement. The lovely ladies at Fics to Flicks are hosting a cover reveal for the new cover for my magical Celtic paranormal romance, Shades of Atlantis, and the cover for the sequel Shades of Avalon on March 26th.